In 2008 Anderson appeared on the song Sadness of Flowing which he co-wrote for Peter Machajdík's critically-acclaimed album Namah.

"Sadness of Flowing" is a 5-part / 10-minute composition by Peter Machajdík with a vocal added by Anderson. To my ears, this may be the best work Jon Anderson has done for half a decade, with an intimate, delicate quality to his vocal. Namah is also one of the first releases since Anderson suffered acute respiratory failure in May 2008, which has kept him from performing since.  (Henry Potts, 30 October 2008)
Read the whole interview HERE 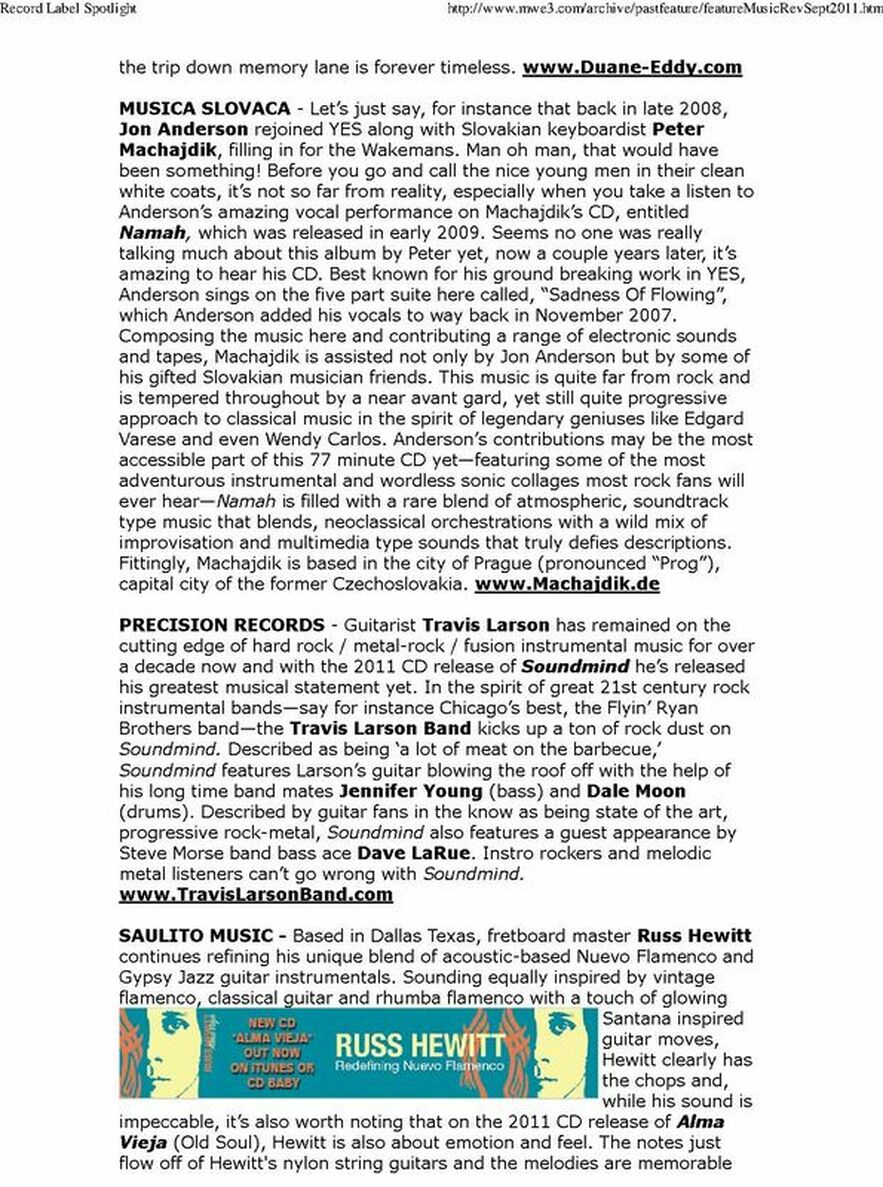